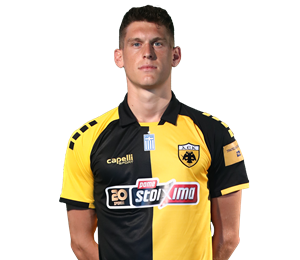 CHRISTOS GIOUSSIS \\ Midfielder
Christos Giousis was born on February 2, 1999 and spent his childhood at Skiathos. He is an attacking midfielder and part of AEK FC youth academies since 2013, when he joined the club from Andros. During the season 2017-18 he became International with the national team of Greece U19 and made his first official performances with AEK FC, scoring twice at 3-2 away victory over Kallithea FC for the Greek Cup.
GALLERY \\
RELATED NEWS\\
SEE ALL ARTICLES