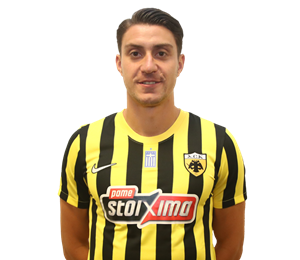 IONUT NEDELCEARU \\ Defender
Ionut Nedelcearu was born on April 24, 1996, in Bucharest, Romania. At the age of seven he joined the Dinamo Bucharest Academy and ten years later made his debut with the first team. In the four years that followed he made a total of 111 appearances, scoring 6 goals and making one assist.

On February 15, 2018, he moved to the Russian championship on behalf of FC Ufa, with which he played to date in 75 matches, scoring once. At the same time, the 24-year-old CD has passed through all the youth national teams of Romania and since 2018 he is a member of the Men's National Team. He joiend AEK FC in Oktober 2020.
GALLERY \\
RELATED NEWS\\
SEE ALL ARTICLES