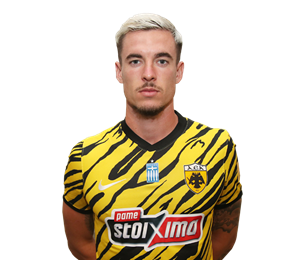 CLEMENT MICHELIN \\ Defender
Clement Michelin was born on May 11, 1997 in Montauban, France. At the age of 10 he joined the Toulouse Academy. In 2015 he started playing for Toulouse B and on September 20, 2016 he made his debut for the first team, in a game against Lille for the Ligue 1.

Michelin was an international with his country's U17, U18, U19 and U20 national teams, being a member of the U19 team that won the European Championship in 2016, while he also participated in the Olympic Team that represented France at the Tokyo Olympics. He joined AEK FC in the summer of 2021, signing a four year contract.
GALLERY \\
RELATED NEWS\\
SEE ALL ARTICLES