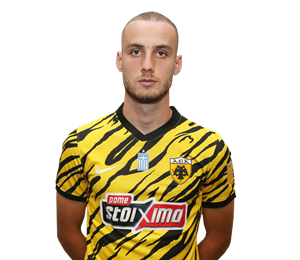 MARIO MITAJ \\ Defender
Mario Mitaj was born on August 6th, 2003 in Albania. He plays mainly in the positions of left CD and left back. He joined AEK Academy in 2017, as a member of U15 team. He is international with the youth national teams of his country.

On August 12th, 2020, he signed his first professional contract and joined the trainings of the first team. On October 18, he made his professional debut, against PAOK, in OAKA. In February 2021 he signed a new contract until December of 2023.
GALLERY \\
RELATED NEWS\\
SEE ALL ARTICLES