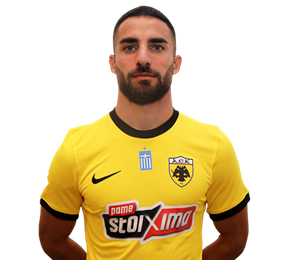 MILAD MOHAMMADI \\ Defender
Milad Mohammadi was born in Tehran, Iran on September 29, 1993. At the age of 14 he joined the Persepolis Academy and a year later moved to the Damash Academy, staying there for four years. In 2012 he became a member of Niroye Zamini.

He made his professional debut for Rah Ahan in 2014. Over the next two and a half years he played for the Iranian team in 47 games (1 goal and 1 assist). In February 2016, he left Iran for the first time and signed a three-year contract with Akhmat Grozny. In Russia he played in a total of 82 games, scoring three times and making 6 assists.

In the summer of 2019 he made a free transfer to KAA Ghent. With the Belgian team he made a total of 65 appearances (two goals and seven assists), until he was released at the end of August 2021.

He made his debut with the National Team of Iran in July 2015, following a call he received from Carlos Queiroz. He has played in the 2018 World Cup, as well as in the 2019 Asian Cup.
GALLERY \\
RELATED NEWS\\
SEE ALL ARTICLES