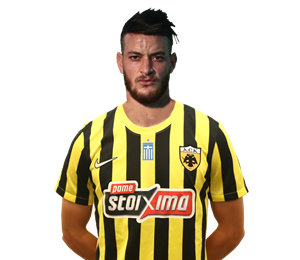 NASSIM HNID \\ Defender
Nassim Ηnid was born on March 12, 1997 in Zarzis, Tunisia. He is 1.90 m tall and plays as a CD. He made his first football steps at the Academy of ES Zarzis and at the age of 18 he was transferred to CS Sfaxien.

With the jersey of CS Sfaxien recorded 72 appearances in the five years that followed, scoring three times and assisting one.

He was international with the U21 and U23 teams of his country and in the summer of 2019 he was promoted to the Men's National Team of Tunisia. In fact, he was in the Africa Cup of Nations squad, where he played in the third place play-off against Nigeria.
GALLERY \\
RELATED NEWS\\
SEE ALL ARTICLES