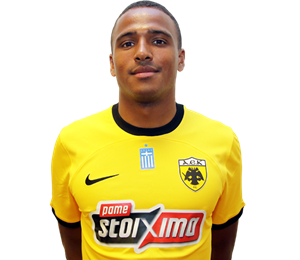 NICLAS ELIASSON \\ Midfielder
Niclas Eliasson was born on December 7, 1995, in Varberg, Sweden. He started his football career in the Academy of Falkenbergs FF. He was promoted to the first team in January 2013 and over the next year made 33 appearances, with one goal and 13 assists.

His performance attracted the interest of AIK, in January 2014. With the Stockholm team he played in 43 games (2 goals, 7 assists). In July 2016, he was loaned to IFK Norrköping, which six months later proceeded to use the buyout option. In Norrköping he made a total of 41 matches (8 goals, 18 assists).

In August 2017, he left Sweden for the first time, moving to Bristol City. In UK he played in 95 games over the next three years (7 goals, 21 assists). In October 2020, Nimes paid around 3 million euros to acquire him. With the French team, he made 72 appearances, scoring 11 times and providing 10 assists.