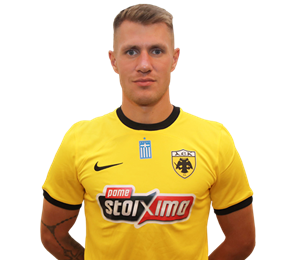 DAMIAN SZYMANSKI \\ Midfielder
Damian Szymański was born in June 16, 1995 at Kraśnik, Poland. He made his first steps in football at the local team of the city (Stal Kraśnik). He signed his first professional contract in 2013 with GKS Bełchatów, where he stayed for three years (51 apps, 2 gls).

He made his Poland national football team debut on 7 September 2018 in a 2018–19 UEFA Nations League game against Italy.
GALLERY \\
RELATED NEWS\\
SEE ALL ARTICLES