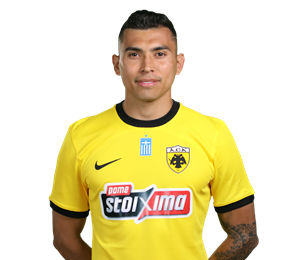 ORBELIN PINEDA \\ Midfielder
Orbelin Pineda was born on 24th of March of 1996, in Coyuca de Catalan of Mexico. He started his football career in Queretaro’s Academy, the club at which he made his professional debut at the age of 18. He made 59 appearances in total (9 goals, 5 asists) before Chivas Guadalajara decided to acquire his rights, for 5,5 million Euros, in January 2016.

In the next three years he made 127 appearances in total with Chivas, scoring 10 goals and providing 8 assists. In January 2019, Pineda made one more very expensive transfer, signing for Cruz Azul, with his new club paying more than 10 million Euros to Chivas. There he scored 13 goals an provided 16 assists, in 113 games. In January 2022 he signed for Celta de Vigo, in a free transfer. He made 7 appearances until the end of the season.