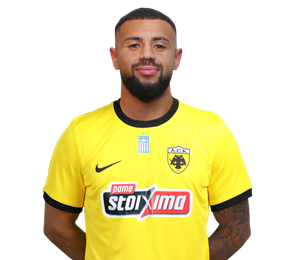 PAOLO FERNANDES \\ Attacker
Paolo Fernandes was born in Zaragoza, in 19th of August 1998. His father was born in Capo Verde and his mother is Spanish. He started playing football at youth level for Zaragoza.

He then played on loan for the Dutch side Breda, for two consecutive seasons, before he signed for Perugia in Italy. At 2020-2021 he played for Castellon in Spain and he joined Volos for the next season. At 2021-2022 he made 30 appearances for Volos NFC in Super League and the Greek Cup, scoring 6 goals and providing 3 assists.