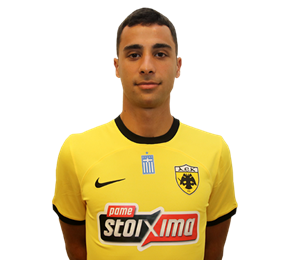 THEODOSIS MACHERAS \\ Attacker
Theodosis Macheras was born on May 9, 2000 and plays as a winger. He stood out with his performances at Panionios Academy, making 23 appearances and scoring nine times. In the summer of 2018 he joined the AEK Academy.

On February 2020 extended his contract until summer of 2023 and a few days later (1/3/2020) he made his debut in a Super League Greece match against former team, Panionios. Additionally, he has international appearances with the U18 and U20 National Team. In February 2021 he signed a new contract until the summer of 2026.
GALLERY \\
RELATED NEWS\\
SEE ALL ARTICLES