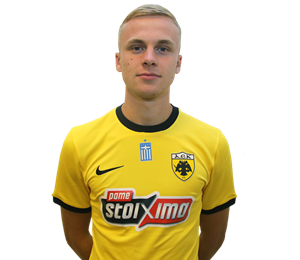 VEDAD RADONJA \\ Defender
Vedad Radonja was born on September 6th, 2001 in Sarajevo, Bosnia and Herzegovina. His football career started joining the Zeljeznicar Academy. At the age of 12 he moved to Croatia for Dinamo Zagreb and three years later joined the U17 team. At the age of 17 he was promoted to the U19 team.

He has also been international with Bosnia and Herzegovina's U17, U18 and U19 National Teams. In the summer of 2020 he signed a five-year contract with AEK FC.
GALLERY \\
RELATED NEWS\\
SEE ALL ARTICLES