The Student Stand of AEK is successfuly located at OACA Stadium of Athens during the last four seasons and hosts the little friends of the team (along with their escorts) with their social-message banners, against racism, injustice, bullying and in favor of peace, solidarity, equality at Gate 21 for the championship games of the Greek champions.

You can watch HERE the videos of AEK Student Stand at OACA Stadium.
STADIUM PLAN \\ 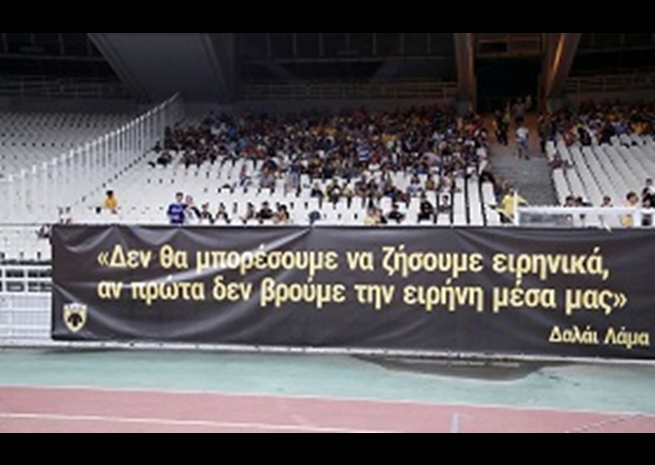