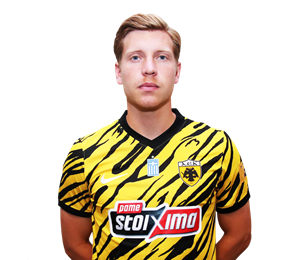 ALEXANDER FRANSSON \\ Midfielder
Alexander Fransson was born on April 2, 1994, in Norrköping, Sweden. He started his football career in Lindö FF and in 2008 joined the Norrköping Academy, making his professional debut in 2013.

In January 2016 he signed for Basel. With the Swiss team he made 66 appearances over the next two years (3 goals, 10 assists) and in January 2018 was loaned to Lausanne-Sport for six months (12 appearances).

Fransson was an international with all the youth national teams of Sweden and on January 6, 2016 he made his debut with the Men's National Team.
GALLERY \\
RELATED NEWS\\
SEE ALL ARTICLES