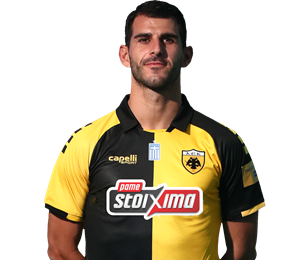 NELSON OLIVEIRA \\ Attacker
He was born in Barcelos, Portugal, near the city of Braga and he started his career in the Academie of SC Braga, before he managed to stand out and move to SL Benfica in 2006.

He made his official debut at Liga NOS in February 2010 as a loan from Benfica to Rio Ave. Over the next years he played for Pacos Ferreira, Deportivo La Coruna, Rennes, Swansea, Nottingham Forest before Norwich buy him for six million euros from Benfica (2016).

In three years in England he played 65 matches and scored 19 times. In a total of 259 official career matches he has scored 58 times with 14 assists and has played in four of the most important European championships, in Portugal, Spain, England and France.

He has also 17 matches and two goals with Portugal’s National Men's team. On July 20th 2019 he signed a two-year contract with AEK FC.
GALLERY \\
RELATED NEWS\\
SEE ALL ARTICLES